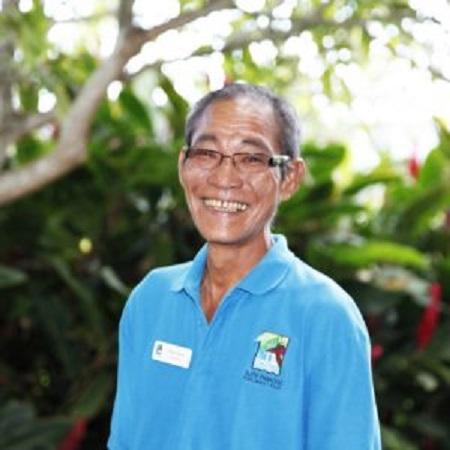 Edgar was born and raised in the Philippines and migrated to Hawaii to join his family in 1986.  He began to work for Kiahuna Plantation as a groundskeeper and also Waiohai Hotel until 1990.  Edgar eventually joined the housekeeping department of Suite Paradise in June of 1992, and is very proud to have recently celebrated his 27th anniversary with us!  He spends his free time with his four children and three grandchildren, enjoys cooking, and most of all, loves to ride his bicycle all over our beautiful island.