Your Guide to the Koloa Heritage Trail

The Koloa Heritage Trail is a 10-mile trail of Koloa and Poipu's most significant landmarks. There are 14 stops along the way on this self-guided tour which means you can explore at your own pace and visit Koloa and Poipu's most important cultural, historical and geological sites. When visiting Kauai, adding the Koloa Heritage Trail is a must on things to do list! 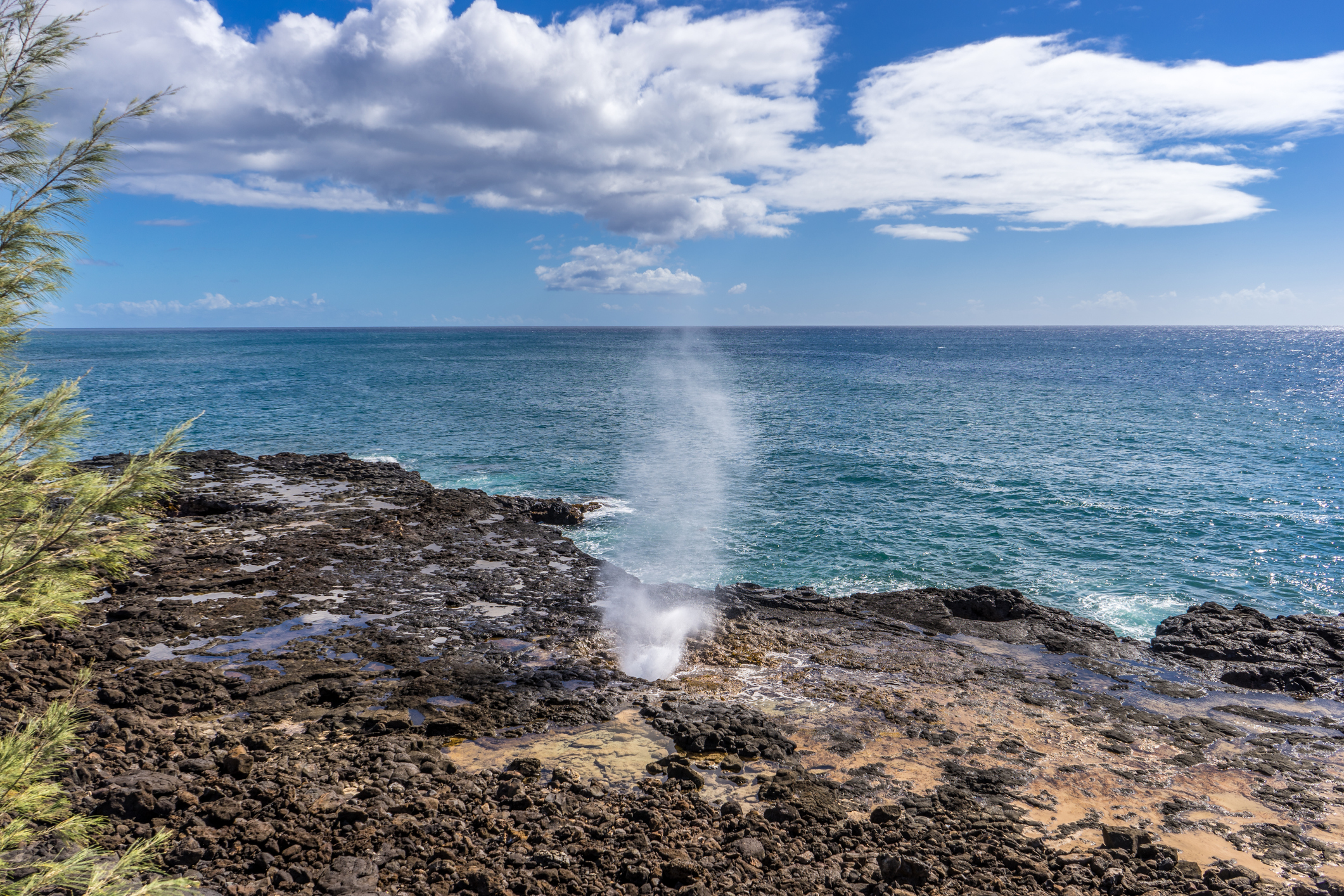 Spouting Horn is one of Kauai's most popular attractions. The puhi (blowhole) was formed as a result of waves eroding caves of softer rocks of the shoreline and eventually breaking the top layer. As the waves come towards the shoreline, the water goes into a cave and spouts out of the hole. When the swell is large, this puhi can reach up to heights of 60 feet!

Hawai'i is the only state to have had a monarchy in the United States. Prince Kuhio, known as the “People’s Prince,” was born in Koloa on March 26, 1871 in a grass hut near Ho'ia Bay. Prince Kuhio became Hawai'i's delegate to the US Congress for 19 years and his most biggest achievement was passing the Hawaiian Homes Commission Act which dedicated over 200,000 acres of Hawai'i's land for farm sites and house sites to people with at least 1/2 Hawaiian ancestry. On March 26th of every year, the day is observed as a state holiday to commemorate Prince Kuhio and his contributions to Hawai'i's culture and history.

Hanaka'ape Bay and Koloa Landing is formerly known as the third largest whaling port in Hawai'i. From about 1820 to 1860, 40 to 60 ships docked at the port to stock on a variety of provisions such as salt, firewood, livestock, and more. Today, Koloa Landing is enjoyed by turtles, snorkelers, and divers.

The Moir Gardens was created in the 1930s by Alexandra Moir while her husband managed Hawaii's first sugarcane plantation, Koloa Plantation. The name Pa'u a Laka honors Laka, the Hawaiian goddess of hula and Kuka'ohi'aalaka, the rain god. It is known as one of the finest gardens of its kind in the world by Brooklyns Botanical Gardens. When strolling through the garden grounds, you'll find rare cactus and succulents, bromeliads, orchids, mature trees, and water lily ponds.

The 5th stop on the Koloa Heritage Trail is the Kihahouna Heiau, the site of an ancient Hawaiian temple which once stood 130 ft. by 60 ft. tall. The heiau was a dedication to four gods of great significance to ancient Hawaiians: Kāne; Hulukoki, a bird god; and Ku‐hai‐moana and Ka‐moho‐alii, two shark gods. Three hala‐lihilihi‐ula trees situated on the outside of the naupaka hedge mark the heiau perimeter.

Poipu Beach Park provides both locals and tourists the perfect respite from every day life and is the most popular beach on the South Shore of Kauai. It is home to the occasional monk seals, honu (turtles), reef fish, and much more. With lifeguards on watch, snorkeling, a safe keiki (children) swimming pond, and park facilities, it's a great way to spend your day on your Kauai vacation.

Keoneloa Bay also known as Shipwrecks Beach is home to some of Kauai’s oldest occupied sites between 200-600 A.D. The bay has yielded many treasures for archaelogists such as coral abraders used as knives and chisels.

Makawehi and the Pa'a Dunes were formed from sand dunes that have been weathered by wind and surf over the centuries. It is now a very popular spot for bird watchers.

It is believed that Hapa Road was occupied by Hawaiians since 1200 A.D. Nearby tracks once held trains hauling cane to Kōloa Plantation for milling. Hapa Road served as a supply and emergency evacuation route during World War II, and at various times a foot and bicycle path.

Koloa Jodo Mission was a Buddhist temple built in 1910. The temple was an important part of the lives of the Japanese people who lived in Koloa. Today, Jodo Mission continues to play a significant role in the community and is one of the two Buddhist sects to remain in Koloa. 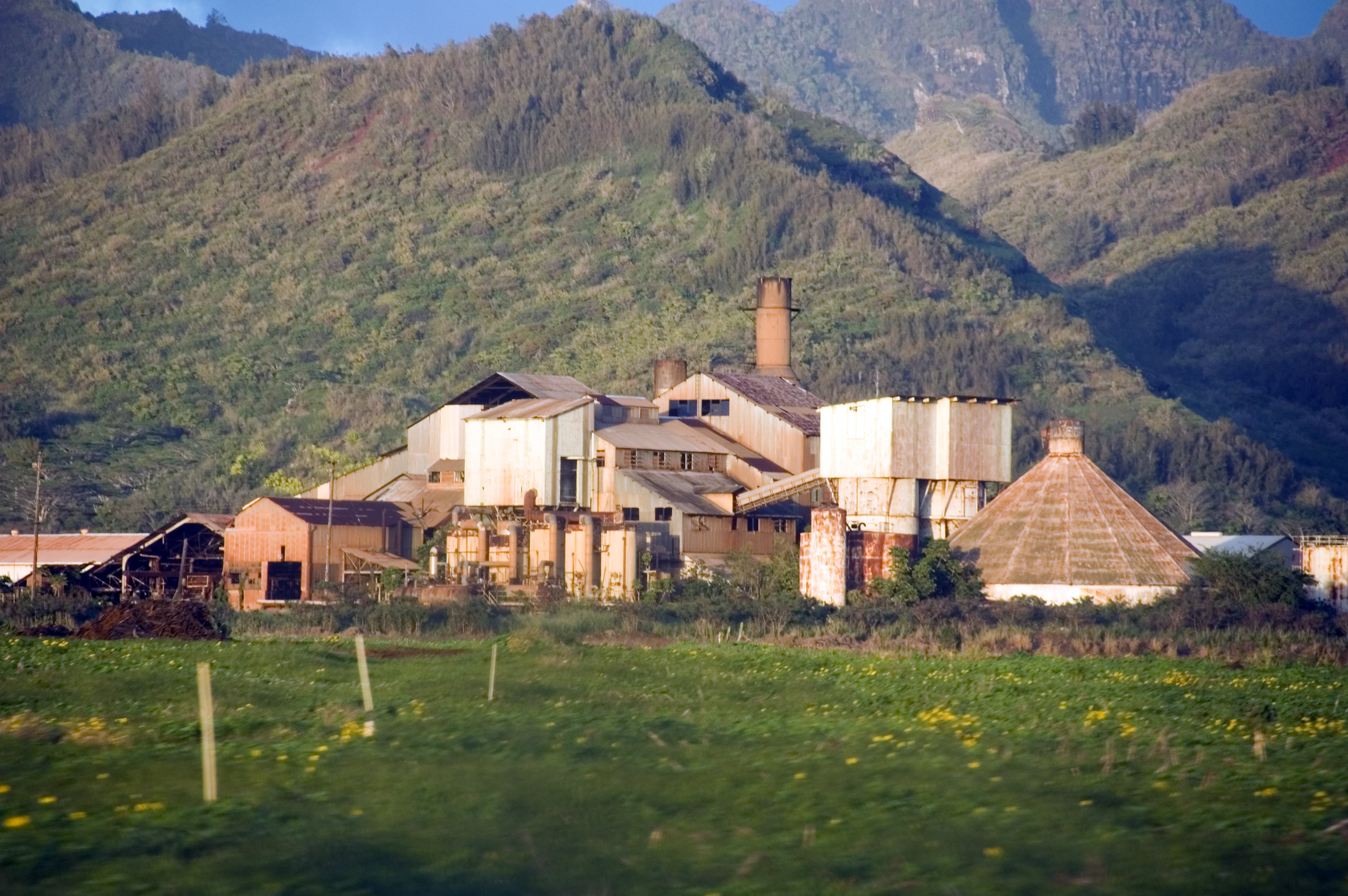 The Koloa Plantation paved the way for many significant changes in Hawaii's history. The Koloa Plantation was the first ever successful plantation in Hawaii and as a result, set the precedent for free housing and medical care for its employees who came from all over the world including Japan, China, Germany, Portugal, and the Phillipines. The Sugar Monument commemorates the site of Hawaii’s first sugar mill.

While Koloa Plantation provided workers with a store to buy goods from, many local businesses served the Koloa Plantation workers as well. In the 1920s, the Yamamota family sold a wide selection of goods to plantation workers and the public. The Koloa Hotel provided lodging for acting troupes from Japan who needed a place to stay. Today, these two businesses are now the present day Crazy Shirts and the South Shore Pharmacy respectively.

Koloa Missionary Church was the first Congregational church in Kauai. Missionaries from New England arrived in 1820 and made Kauai their second mission station. 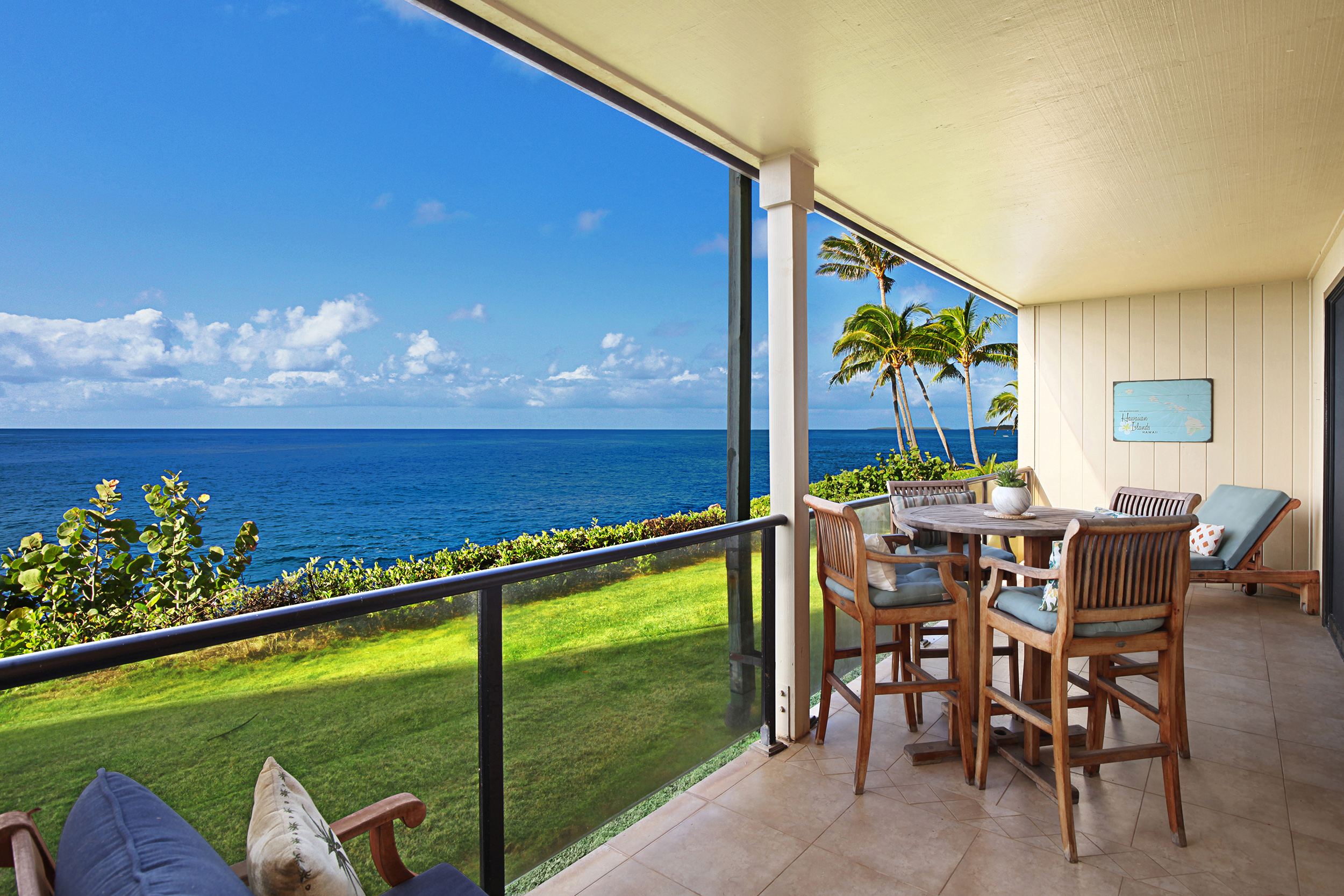 Kauai offers travelers an abundance of things to do and see while on vacation. From the Koloa Heritage Trail and hiking to snorkeling and whale watching, there's no shortage of immersing yourself into the Kauai way of life. Browse our Kauai vacation rentals ranging from oceanfront properties to private homes. We can't wait to share the aloha with you!