Stepping into Ancient Hawaii Through The Makauwahi Cave Reserve

A visit to this south shore hidden gem is certainly one you want to add to your list of Kauai adventures.  This historical, archeological, and cultural find is a fantastic activity to check out if you are looking for something to do with the kids... or not.  The 17 acre reserve is located between CJM Stables and Gillin’s Beach in the Mahaulepu area and serves as a headquarter for native plant and land restoration projects as well as important archaeological research.  It is highly revered by many scientists from all over the world. 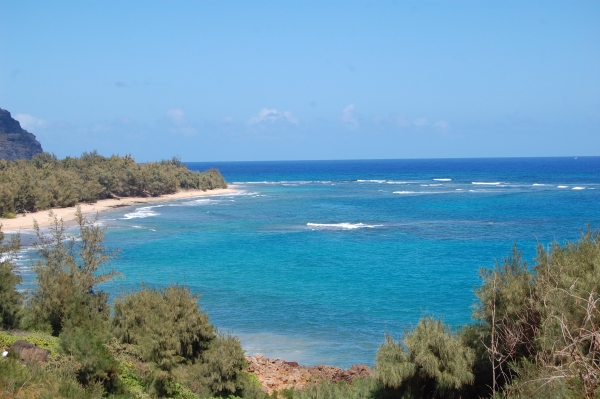 The Makauwahi Cave is the largest limestone cave in Hawaii and is revered as a research playground.  In other words, it's the kind of place that make geologists, archaeologists and paleontologists go gaga.  Research and studies of this hidden treasure have revealed that the cave itself took over 400,000 years to form from a large sand dune that hardened into stone.  Overtime the dune was slowly eroded by groundwater and then approximately 7,000 years ago the ceiling of the cave collapse creating a freshwater lake, which is now an 80 foot sinkhole.

There is a self guided trail to the Makauwahi Cave.  The marked trail is an easy walk of less than 1/2 mile from CJM Stables.  The view from the trail provides panoramic views of the open ocean with a clear view of the shores of Gillin’s Beach and beyond.  On the way to the cave you will come across many native plants and an downward view of the Makauwahi Sinkhole from a variety of angles.

At the bottom of the trail keep heading straight pass the little bridge; as soon as you hit a 3 foot puka (hole) in the rock wall you have arrived at the Makauwahi Cave entrance. Yes this is where you enter and yes you will have to crawl on hands and knees.  You can do it! Just be sure to keep your head down as you creep through the passage and do not stand up too quickly to avoid a head injury.  Once you have made it through the short tunnel the cave opens up to the sinkhole surrounded by eye catching rock walls and rich with native plants situated throughout.  Head across the grassy knoll to find out more about the cave and surrounding area history.  The guided tours are free and given daily from 10am-2pm and additionally until 4pm on Saturdays and Sundays.  Check the cave reserve website for tour details: http://www.cavereserve.org 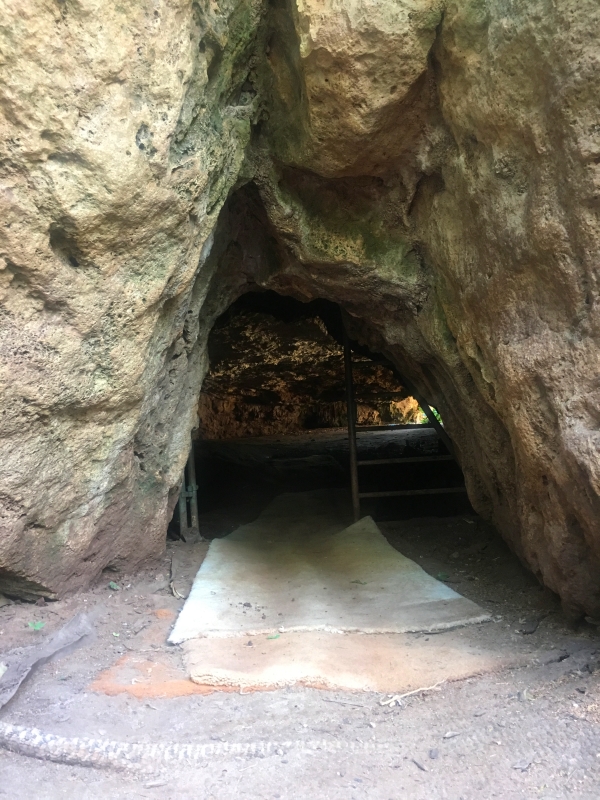 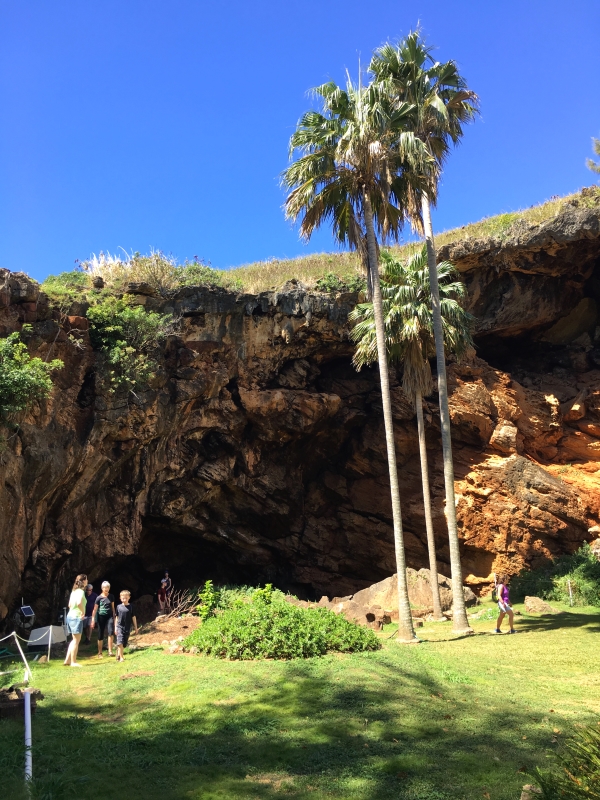 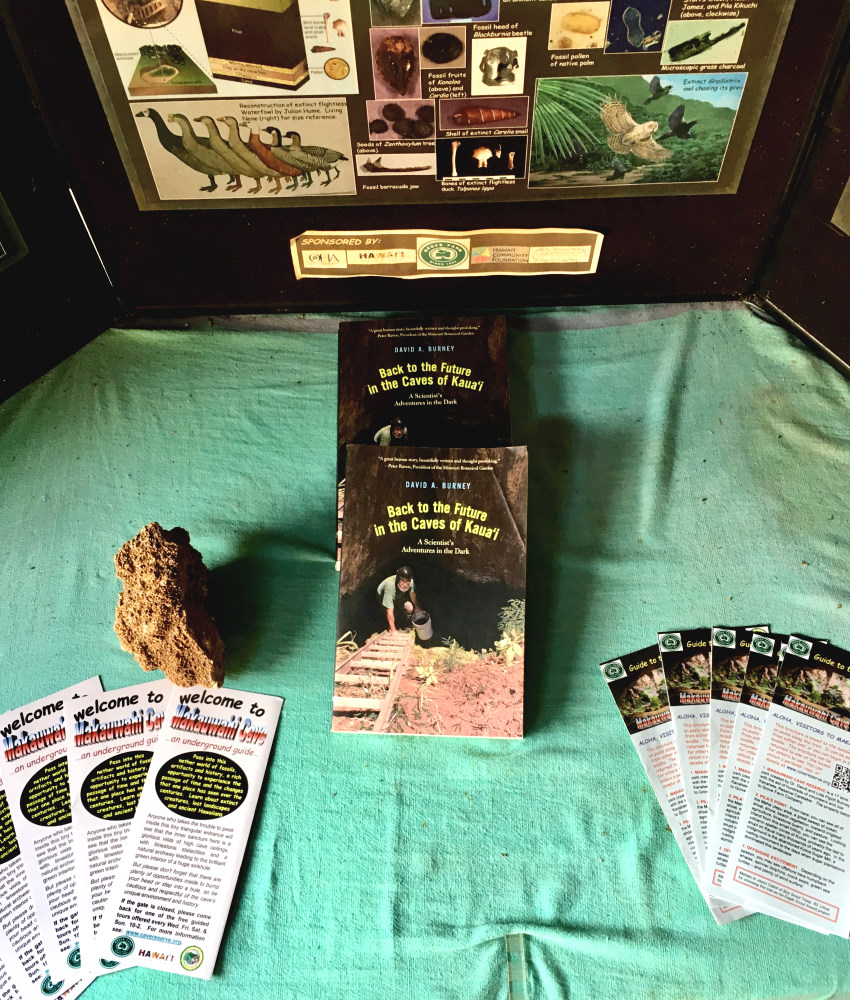 In addition to the cave exhibit, there is a sanctuary filled with giant tortoises.  Yes, you did read that right! In the field just beyond the little bridge, you will find about 20+ giant tortoises.  The grounds of the sanctuary also include native Hawaii trees, bushes, and plants.  The kids will get a kick out of watching these giants freely graze just as the now-extinct ancient Hawaiian Moa-nalo Bird did. 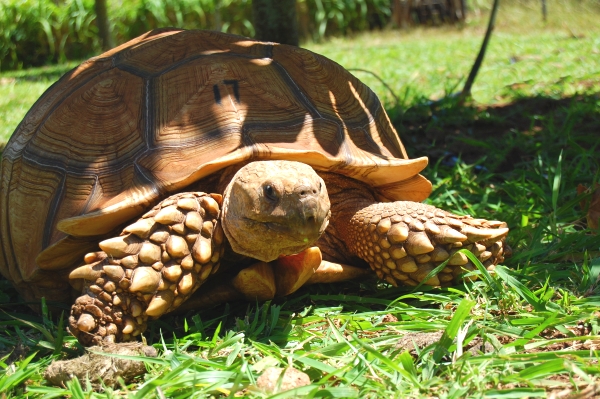 How to Get to the Turtle Cove in Poipu Kauai?

There are a few ways to get there; You can park at Shipwrecks Beach and take the scenic route via the Mahaulepu Heritage Trail, which is about 2 miles along the coast; or you can park near CJM Stables, just after the Grand Hyatt Kauai parking lot, and continue on the sandy trail to get to the Cave.  The latter of the two will take approximately 20 minutes but either are well worth the journey.